Judy Trompeter is serving a second term as president of Uptown on the Hill RNO and is also a member of the Parks and Beautification Committee.  She was extensively involved with movements to end domestic violence and sexual assault in Michigan and also was employed for many years with PFLAG Denver (Parents, Families and Friends of Lesbians and Gays). Buying a condo in an 1890s terrace jump-started her volunteer involvement with Historic Denver, where she leads walking tours and participates in Discover Denver, an architectural inventory of the structures in the city.  She and her husband Larry are the parents of four children and have six grandchildren.
Term:  2018-2020

Kelsey Blaho is a Colorado native from Fort Collins, CO. After getting a Bachelor’s degree in Urban Ecology in the University of Utah she came back to Colorado for graduate school at CU Denver. She graduated with a Master’s degree in Urban and Regional Planning in 2016, first working at the Colorado Center for Community Development doing design/planning work and community outreach in rural Colorado communities. Now she works as an urban planner at Otak, doing a mixture local and National Parks projects. Kelsey has loved living in Uptown since 2015 and looks forward to being more involved in her neighborhood community!

Jodie Brownlee says, “My father was a road designer and we loved discussing how road design can affect a neighborhood. My work with international charities involved a lot of travel which enabled me to see first-hand how other cities put simple design innovations into practice. So while I was out saving penguins or promoting renewable energy, I was also checking out the urban design and public transport systems of wherever I happened to be. Past careers have included photojournalism, environmental activism (online and ‘in the real world’), web development, bar tending, writing, dog walking and a lot of other things which qualifies me for… not much really. I now write SEO copy, travel articles, charitable funding proposals and fiction from my home office under the watchful gaze of Bernie the cat. I currently serve on my HOA board and am involved with Humboldt Street Neighborhood Association. I look forward to being of service to Uptown on the Hill!”

David Lynn Wise has more than 30 years of professional experience in architecture and urban design, primarily in Colorado. As an active member of the design community, he has also mentored students, taught at the graduate level, and organized urban design-related public events.  For several years he wrote a monthly column on urban design and policy in Life on Capitol Hill. His office is located in Uptown.

Mallory has been a resident of Uptown since 2015. She moved to Denver after finishing her

Master’s degree in Public Health in Boston.  Mallory works in state government and strives to improve accessibility and create an equal experience in the community for residents with disabilities.  She and her husband Owen currently rent in Uptown Square and love getting to know their neighbors and exploring all of the great restaurants and businesses Denver has to offer.  When she isn’t working or advocating, Mallory loves to travel and is the author of her blog CurbcutsandCocktails.com.

Eric is the Founder and Artistic Director of Leon Gallery, located at 1112 East 17th Ave. Leon is

an innovative art gallery that focuses on contemporary artists and is currently in transition to become a non-profit arts center. Eric is also a teaching artist with Think 360 Arts, working wih over 60 schools in the Denver metropolitan area since 2009. He is regarded as an accomplished artist, whose primary medium is woodworking and large scale, site-specific public works of art. When not focusing on art, Eric also spends his time on the Advisory Board of the US Global Leadership Coalition (USGLC), working with congressional leaders across the US to promote and enhance our Foreign Affairs Budget.

Gunther recently joined the board of the Uptown on the Hill NA because he wants to help preserve the amazing character and history of the Uptown neighborhood.

He would like to make Uptown even more pedestrian- and bike-friendly and looks forward to getting more residents and businesses involved in Uptown’s future. He and his partner, Angus, live in the City Park West area of Uptown. He enjoys the neighborhood’s rich diversity of people and places as well as City Park, a Denver treasure.

Craig Howson was elected to fill a vacancy on the board. He has lived in Denver area for more than 17 years, first from 1987 to 2002 and then returning in 2016. His first job here was in Uptown with a trade publishing firm at 17thand Downing. After leaving publishing to join the ranks of the Internet movement, he and his wife Shirley moved to New Jersey in 2002 and in 2003 he joined his 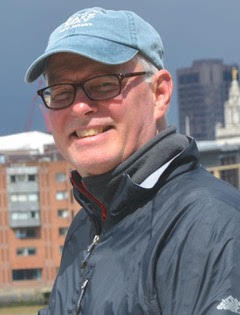 current employer, The Omnicom Group. In planning the move back to Denver, they targeted downtown and surrounding areas, and Uptown met all their requirements – walkable, close to downtown, and a vibrant and diverse neighborhood.

“When we talked about the things we like to do, everything was downtown or near downtown,” Craig said.

Moving to Uptown has meant involvement in the community for both of them. Shirley is currently on the board of CHUN as an at-large delegate, while Craig is on the board of their HOA. Craig serves on Uptown on the Hill’s Communication and Technology Committee, where he has begun to update our website.